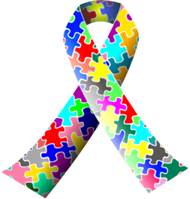 Recently, the Centers for Disease Control and Prevention (CDC) released a report updating the prevalence of autism spectrum disorder (referred to as “autism” for the purposes of this article)* in the United States. Shockingly, the rate of autism diagnoses in children aged 8 years more than doubled in less than a decade: from 6.6 per 1000 (~1 in 150) in 2002 to 14.7 per 1000 (1 in 68) in 2010.**

Such a dramatic increase is an astonishing leap in prevalence. So this is the point where we are reassured that kids are being over-diagnosed – right?

The reporting of autism in children is based on reports of services received for the condition. With increased awareness of autism, diagnosis and treatment also increase, leading to more reported autism cases. But prevalence rates vary widely by region: for example, according to the CDC report, the rate in Alabama is 5.7 in 1000 and in New Jersey is 21.9 in 1000. Research on autism does not support environmental causes for differences in prevalence rates; therefore, these geographical differences are likely more reflective of community awareness and resources available than actual prevalence. Unfortunately, that means that of those prevalence rates, the higher one is probably closer to the truth – the differences we see more likely stem from under-diagnosis in one state relative to another. We may not have had a dramatic increase in actual autism prevalence in the last decade, but an increase in awareness and screening.

This means the actual prevalence of autism might be higher than even these new numbers reported by the CDC. That’s the bad news.

The good news?
We’re making progress on both detecting and understanding autism.

Although many autism symptoms are undetected until children fail to achieve developmental milestones around the age of 2, research has indicated that subtle signs of autism are present earlier and that the disorder originates during prenatal development. Numerous studies have indicated that autistic children have enlarged brains, a phenomenon primarily observed in the neocortex that disappears by adulthood. Additionally, pruning of neuronal connections, a process that occurs prior to adulthood and is necessary for normal neural development, is believed to be reduced in autism. Due to the limited period in which these abnormalities are seen, few studies have been able to examine brain pathology on a cellular level. Also, postmortem brain tissue from children is generally much more difficult to obtain for research – families rarely agree to donate the bodies of deceased children to science. Therefore, most studies of autism at the cellular and systems level are in adult brains and may not detect what is happening early in development.

However, a recent study published in the New England Journal of Medicine did examine postmortem brains of children with and without an autism diagnosis. Using markers for different types of brain cells, the researchers found that although overall numbers of neurons did not differ between the groups, children diagnosed with autism had significantly fewer excitatory neurons in patches of disorganization in the neocortex (more specifically, the frontal and temporal lobes) that spanned multiple layers of cortical tissue. Interestingly, the researchers only took small samples of tissue, yet found these pathological cortical patches in 91% of the autism samples versus 9% of the control samples, which suggests the patches are likely prevalent throughout the neocortex of the autism samples. Despite the pervasiveness of this pathology, the location of the patches varied across the samples, which could help explain the broad range of symptoms seen in autism. In fact, the symptoms of autism are often so disparate from patient to patient that it’s striking that any sort of neuropathology would be consistent across patients. These findings could shed light on a potential unifying mechanism of autism and support the leading theory that autism originates prenatally.

Patches of disorganization were found in the frontal and temporal lobes of the brains of children diagnosed with autism.

Although understanding when autism begins is important, a prenatal etiology sounds pretty dismal.
After all, if autism begins before birth, how can we hope to treat it, especially when it’s often not diagnosed until children are 2-4 years old?

Early intervention ­(the earlier the better), such as applied behavioral analysis, has long been known to provide substantial benefits to children with autism. This is believed to be enabled by the brain’s plasticity, which decreases with age. Extrapolating from the New England Journal of Medicine study, for example, early intervention could theoretically utilize the brain’s plasticity to compensate for the patches of disorganization in the neocortex – the brain could find alternate routes to performing the same function. The challenge is to detect autism before the brain has lost that ability.

The results of another recent study may help in detecting autism much earlier than the current norm. Researchers validated a simple screening method for infants as young as 9 months. The method, which consists of measuring head circumference and evaluating the head tilt reflex, is noninvasive and easily applied. It could allow intervention much earlier than autism is normally identified, when it would be most beneficial.

These studies touch on different aspects of the latest in autism research. It is vital to accurately measure the prevalence of autism to provide resources for awareness, diagnosis, and potential treatment. Likewise, understanding the etiology of autism will help determine prevention (if possible) and better treatment of diagnosed children. The early detection of autism enables intervention that maximizes effectiveness. All of these factors are encouraging pieces in the puzzling search for successful treatment of children with autism.

*The varying degrees and types of autism and where they fall on the ASD spectrum are significant considerations but beyond the scope of this article.

**This study was based on a specific subset of centers in a collective network that is not necessarily representative of the entire United States in terms of socioeconomic, racial, or other demographic parameters.